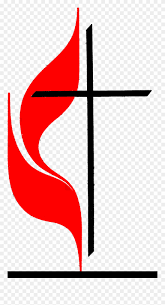 William Arthur “Mac” MacFarlane, 78 of Boca Raton, FL passed away on July 4, 2022. Mac was born on October 18, 1943 in Miami Beach to William Cowan MacFarlane and Ruth Evelyn Clapp (both deceased).  He grew up in New Jersey and Pennsylvania and attended Neshaminy High School in Levittown, Pennsylvania. He graduated from Parsons College in Iowa. Mac was a member of the Sigma Phi Epsilon Fraternity and enjoyed getting together with his fraternity brothers often.

Mac met his wife of 51 years, Sharon “Shari” Bodeen while working at Edgewater Hospital in Chicago. They made the Chicago area their home for 25 years before moving to Boca Raton in 1995. Mac is survived by his beloved wife Shari and a brother Craig (Cecily) MacFarlane of Virginia. He is predeceased by his parents and his sister Lynne MacFarlane of Maryland.

Mac worked in the financial departments at Edgewater Hospital, Michael Reese Hospital in Chicago and as a Healthcare Consultant for the Chicago Hospital Council.  He then worked at Coopers & Lybrand in the healthcare field, ultimately becoming a partner. In 1993 he formed his own hospital consulting firm, MacFarlane & Associates and spent many years consulting at the University of Kentucky, Hennepin County Hospital in Minnesota and many other hospitals throughout the country. Mac kept in touch with many family and friends through postcards that he sent throughout his work travels.

Mac was an active member of the First United Methodist Church of Boca Raton, serving as an usher and always helping out with the coffee service and any other place he was needed. Mac loved the game of golf and played with many different golf groups throughout his life. He also loved traveling with Shari, particularly to Hawaii. They have been to five of the Hawaiian Islands, with Maui being their favorite place with many memories made on their trips. Mac and Shari were avid sports fans, having season tickets to the Bulls (during Michael Jordan’s era), Cubs and White Sox. They had Bears season tickets for one year until they decided it was too damn cold to go to the games.

Mac will always be remembered for his hearty laugh and ability to tell a great joke.  He loved life and lived life with great gusto. He will be greatly missed by his loving wife, family and a multitude of friends.

A Memorial Service in memory of Mac will be held on Saturday, July 30th at the First United Methodist Church in Boca Raton. There will be a visitation from 1:00-2:00 with the Memorial Service starting at 2:00. The church is located at 625 NE Mizner St., Boca Raton. Refreshments will be served after the service.

In lieu of flowers the family asks for donations to be made to one of the following:

To send flowers to the family or plant a tree in memory of William "Mac" Arthur MacFarlane, please visit our floral store.

A Memorial Tree was planted for William "Mac"

Join in honoring their life - plant a memorial tree