Share a memory
Obituary & Services
Tribute Wall
Read more about the life story of Roger "Rogie" and share your memory.

With deepest sorrow, we announce that Roger DeCapito Jr, age 28, of Boynton Beach, Florida, our beloved son, brother, family member, partner, and friend, passed suddenly on January 7, 2023, while doing what he loved most in life.

Born August 29,1994, in Boca Raton, Roger attended Boca Raton Community High School.  Roger eagerly began his career at his family business where he was deeply committed to succeeding in all things related to landscaping and irrigation contracting. He quickly advanced in the company to supervise crews with a leadership style that earned him great respect. Always willing to roll up his sleeves, he became an expert at operating all types of construction machinery.  His dedication to hard work led him to start his own Irrigation business, 3D Irrigation, with his brother and father, becoming one of his most proud accomplishments.

Those who knew Roger, even just a little bit, lost a shining light in their lives.  Roger was free-spirited and loved the outdoors.  With a passion for fishing and boating, he was happiest and most comfortable at the helm of his boats. Roger and his friends created priceless memories on their many trips to the Florida Keys and the Bahamas. Being accomplished at handling so many types of vessels, everyone always felt safe with him, no matter the weather or ocean conditions. Always an adventurer, Roger also loved spending time with his friends, enjoying dirt biking, mudding, and exploring new terrain in his off-road Side-by-Side UTV.

Roger deeply loved his family and friends. His warmth made all those he met feel like they were his best friends.  His smile was infectious, and his laugh was contagious. Often the life of the party, he entertained those around him with his lighthearted humor. At home, Roger and his love Izzy cared for their puppy named Bear, a Black Labrador Retriever, which brought them much joy.  Roger had an endearing connection with animals. Whenever he entered a room, he always went straight to greet the pets first, demonstrating the sensitivity and love in his character.

The family will receive friends Friday, January 13, from 10:00 to 11:00 am at Ascension Catholic Church, 7250 N. Federal Hwy, Boca Raton followed by a funeral mass at 11:00 am.  Burial will be held at Palm Beach Memorial Park, 3691 North Seacrest Blvd, Lantana, following the funeral mass.

In lieu of flowers, the family requests donations be made in Roger’s memory to: K9s for Warriors, 114 Camp K9 Road Ponte Vedra, FL 32081.  www.k9sforwarriors.org/

To send flowers to the family or plant a tree in memory of Roger "Rogie" Decapito, please visit our floral store. 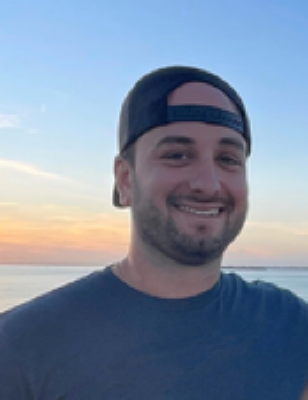