Share a memory
Obituary & Services
Tribute Wall
Read more about the life story of Oduardo and share your memory.

Born July 25, 1929, in Camaguey, Cuba. He and his loving wife, in 1960 recognizing the fate of Cuba’s communist regime decided to leave for the USA, initially on a business-vacation. Within a few weeks the Cuban government had taken possession of all their assets and labeled him. They found themselves starting all over again from nothing. He had a background in auto mechanics from the Ford Motor Company. He obtained a job in Miami and registered their two boys into school. He told them to do good, learn about America and learn English because that is the language of their new home. He immediately applied for residency and began the process to become a US citizen. He was always proud of his Cuban heritage, but he was profoundly proud of that day in 1970 when the four of them were sworn in as US Citizens.

In April of 1961, with the help of St. Patrick’s Church and parishioners, who would shortly become wonderful friends, he moved the family to Joliet, IL. Taking a job at Gregg Motors Lincoln-Mercury Dealership as an auto mechanic. Their family grew with the addition of another son and daughter born in Joliet. After working through several positions with several employers he was presented with the opportunity to own his own auto shop. This became a major successful business in Joliet named, “OSP Garage” on the corner of Jefferson and Center. He grew the business through the years until 1974 when they sold the business and moved to Boca Raton, FL. After a few years, both of them began working for the Boca Raton Resort and Club and eventually both retired from there.

He was a cigar connoisseur and always enjoyed tinkering with cars, boats and anything mechanical as well as gardening in his yard. He loved family gatherings and having a good party with family and friends. Over the years they helped and sponsored many friends and relatives to come to the US. He was a member of the Knights of Columbus both in Cuba and the US. He was an Honorary Life Member of the St. Joan of Arc Council 13051 and a Fourth-Degree Sir Knight of the Boca Raton Assembly.

The family would like to offer a special thanks to the nursing staff and doctors on the fifth floor at Broward Health North hospital for their care, dedication, compassion and professionalism.

In lieu of flowers, memorials to the family of Oduardo S Periu, Sr to be used in accordance with their wishes, would be greatly appreciated. Please forward to Gary Panoch Funeral Home.

A celebration of Oduardo’s life with a Mass of Christian Burial will take place at St. Joan of Arc Catholic Church in Boca Raton at 11:00 am on Monday, January 23rd, 2023. Interment to immediately follow in procession across the street to the Boca Raton Cemetery & Crematory Mausoleum, 451 SW 4th Avenue, Boca Raton, FL 33432.

In lieu of flowers or memorial trees, please make donations for Oduardo S Periu, Sr to the funeral home. All donations will used in accordance with their wishes and would be greatly appreciated. Please forward donations to Gary Panoch Funeral Home.

To send flowers to the family or plant a tree in memory of Oduardo Santiago Periu, please visit our floral store. 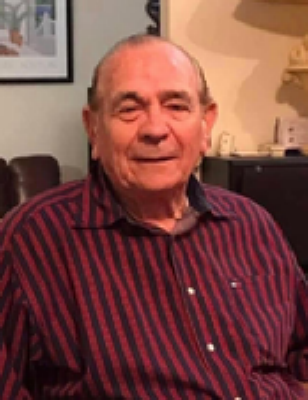