Share a memory
Obituary & Services
Tribute Wall
Read more about the life story of Nila and share your memory.

Nila (Bussanich) McGovern, of Long Beach, New York and Delray Beach Florida passed away on January 22 after a courageous battle with cancer. Nila was the wife of the late William J McGovern and the cherished mother of her loving son John and daughter, Madalaine (Berrios). Nila also adored her four grandchildren, Johnathan, Matthew, James and Meghan, and thoroughly enjoyed her three great grandchildren Bryan, Bianca and Layla.

Nila was born October 16, 1921, in Monfalcone, Italy. She immigrated to America in 1939 to escape from a war in Europe which was growing in severity. With her mother Maria Bussanich they were able to gain passage on the last ship to leave Italy from Trieste. After a number of stops in Italy they were then bound for Ellis Island and the port of New York where they would join her father John, who had left Italy in 1923, some 18 years earlier (as a stowaway with four other friends no less), to gain employment and establish residency for the family in America.

It was in Long Beach at the local high school where she met the love of her life William J McGovern. They were married in 1945 and they both enjoyed 61 loving and wonderful years of marriage. The first years were spent traveling as her husband was enrolled in the Army Air Corps due to the war and was posted first in the Florida panhandle and then at a secret base in Utah. After the war's conclusion they were relocated to Army barracks in Lido Beach NY where she supported her husband and her father with growing a business building homes along with the help of other veterans of the war. During this time she was fully engaged and dedicated every moment to raising her family. After the passing of her husband she made the very difficult decision to leave a place with many many great memories and move to be closer to her children. These latter years were quieter and less stressful, and she enjoyed cooking and gardening with the pleasant weather.

Nila spent over 100 years on this earth gracing her family and many others with her love, her friendship, and her boundless amount of energy. Nila is now at peace, no doubt in the arms of her loving husband, watching over all of us from above.

Burial arrangements for Holy Rood Cemetery, in Westbury NY, where her husband, mother and father are interred, will be advised at a later date.

To send flowers to the family or plant a tree in memory of Nila B (Bussanich) McGovern, please visit our floral store. 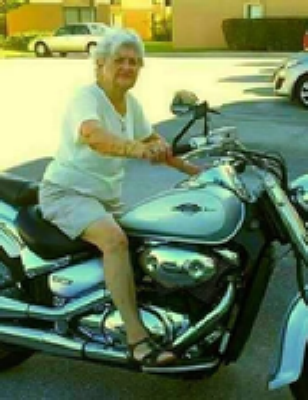 Family and friends are coming together online to create a special keepsake. Every memory left on the online obituary will be automatically included in the book.

You can still show your support by sending flowers directly to the family, or by planting a memorial tree in the memory of Nila B (Bussanich) McGovern
SHARE OBITUARY
© 2023 Gary Panoch Funeral Home & Cremations. All Rights Reserved. Funeral Home website by CFS & TA | Terms of Use | Privacy Policy | Accessibility