Share a memory
Obituary & Services
Tribute Wall
Read more about the life story of Maureen and share your memory.

Maureen married Timothy McAuliffe on May 30, 1970, and started their family in Bristol, Connecticut living among neighbors who were the start of families that would become friends for life.  The family moved to Penfield, New York then Marietta, Georgia and back to Penfield again where she worked as a middle school reading and math teacher in Henrietta, New York for 15 years.  Living in Penfield she and Tim found friends and neighbors that became family.  Upon retirement Maureen and Tim enjoyed the warmth and sunshine of winters in their Jupiter, Florida home and summers at their beloved lake house on Honeoye Lake.  She was an avid reader, enjoyed her garden and nature, and loved travel, all of which she instilled in her children and grandchildren.  But Maureen’s greatest joy was her family, friends, and her Catholic faith.  Her lake house was always full of warmth and kindness, inviting all to find calm and serenity with her there.

Maureen became our angel January 5, 2023, at the age of 76.  She was surround by her adoring husband Tim, married for 52 years, and her four children Kerry (John) Timmins of West Palm Beach, Florida, Kelly (Jack) Murray of Horseheads, New York, Colleen McAuliffe of Penfield, New York and Tim (Deana) McAuliffe of Victor, New York.  She was a proud and loving Mema to her nine grandchildren Cameron, Kendyl, Aidan, Luke, Katie, Maddy, Ryleigh, Timmy, and Joey.  Maureen is predeceased by her parents Fred and Agnes Sailer.  She is survived by her sister Patricia (Billy) Panetta of Palm Beach Gardens, Florida, and her brother Fred (Suzanne) Sailer of Stratford, Connecticut and many loving nieces and nephews.

We find Maureen’s best traits in those she leaves behind; her warm smile, her caring heart, her love for God, and her wonder and delight in the world around her.  We will miss her greatly.

Her family requests that in lieu of flowers you consider donating to St. Mary’s Catholic Church in Honeoye, New York.  A beautiful, small church at the end of the lake where she loved to be with God, whose staff and members have been so kind and generous to both Tim and Maureen over the years, and where Maureen will be interred.  Additionally, Trustbridge Hospice in West Palm Beach Florida for their gentle and unwavering compassionate care in her final days.

Maureen’s family also kindly requests that you share your memories of her with her family and grandchildren often, to keep her memory alive.

Family will receive friends, Tuesday, January 10, 2023, 12pm noon to 1pm at the funeral home. A Funeral Mass will be celebrated at St. Ann Catholic Church in West Palm Beach, Florida on Tuesday, January 10, 2023, at 2:00 pm immediately followed by a reception.  Interment and a celebration of life will be held at a later date at St. Mary’s Church and her lake house in Honeoye, NY

To send flowers to the family or plant a tree in memory of Maureen S (Sailer) McAuliffe, please visit our floral store. 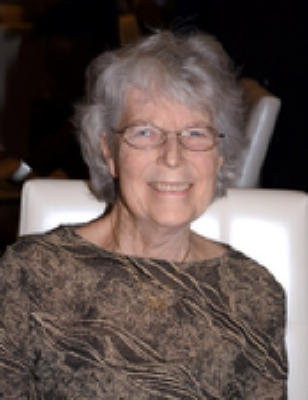