Plant a tree in memory of Alcee
An environmentally-friendly option 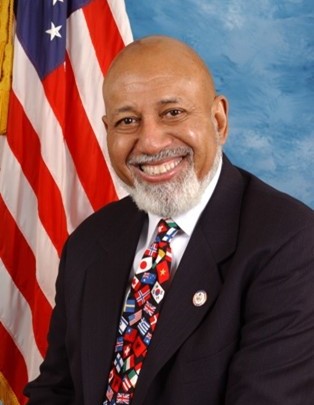 The Honorable Alcee L. Hastings, 84, of Fort Lauderdale, Florida transitioned on April 6, 2021. He was born on September 5, 1936, in Altamonte Springs, Florida to Mildred Hastings and Julius C. Hastings. Congressman Hastings represented his native state of Florida by serving as Congressman for District 20, which includes parts of Broward and Palm Beach Counties. He was first elected in 1992 and served 15 terms in the Congress. He graduated from Fisk University in 1958 and earned his law degree from Florida A&M University in 1963.
Known to many as "Judge," Congressman Hastings distinguished himself as a trailblazing attorney, civil rights activist, judge, and member of Congress. Appointed by President Jimmy Carter in 1979, he became the first African-American Federal Judge in the State of Florida, and served in that position for 10 years. He was the first African-American from Florida since the post-Civil War period, and was an outspoken advocate for Floridians and the nation. Throughout his lifetime, Congressman Hastings championed the rights of minorities, women, the elderly, children, and immigrants.
He served on multiple distinguished committees and leadership roles while in Congress, including Vice Chairman of the powerful House Rules Committee, Senior Democratic Whip, Co-Chairman and founder of the Congressional Everglades Caucus and Dean and Co-Chairman of the Florida Delegation, Vice Chairman of the House Permanent Select Committee on Intelligence and was a member of its Subcommittee on Terrorism, HUMINT (Human Intelligence), Analysis, and Counterintelligence, as well as the Subcommittee on Intelligence Community Management, and served as Vice Chairman of the Democratic Select Committee on Election Reform. He was also the co-founder and co-chair of the House Homelessness Caucus. Among Congress' most respected voices in international affairs, Congressman Hastings served as the Chairman of the Commission on Security and Cooperation in Europe, the U.S. Helsinki Commission.
Congressman Hastings was the proud recipient of numerous honors and awards bestowed on him from organizations both at home and abroad. He firmly believed that progress and change can be achieved through mutual respect and appreciation, and that individuals and communities can see beyond the limits of parochialism, enabling them to better understand each other.
He was a proud member of Kappa Alpha Psi Fraternity, Inc., the Masonic Lodge 409 and many other community organizations. His daughter, Chelsea Hastings Andrews, said “My father moved the world and everyone he touched, he was brilliant and his contagious energy filled the room. He was a legendary fighter for social and racial justice and wanted his deeds to speak for his time on this earth.”
He is survived by his wife, Patricia Williams, and his children, Alcee L. Hastings, II, Chelsea Hastings Andrews, Leigh Shaw and his zealous granddaughter Zola Andrews Johnson, and his step-daughter Maisha D. Williams, and her children Kori Imani Blevins, and Trent J. Williams, as well as many family members and friends.
In honoring his request, there will be no memorial service. In lieu of flowers, to continue Alcee’s legacy of bold community activism, The Honorable Alcee L. Hastings Memorial Scholarship has been established at both Florida A&M University and Fisk University.

Plant a tree in memory of Alcee by clicking here.
To send flowers to Alcee's family, please visit our floral store.

A service summary is not available

Plant a tree in memory of Alcee
An environmentally-friendly option

Plant a tree in memory of Alcee

1 tree planted in memory of Alcee

I am so sorry to hear of his death. Mr Hastings was a friend of The Head start Program.
My condolences to the family, may he RIP

A Memorial Tree was planted for Alcee Lamar Hastings

Plant a tree in memory of Alcee